The waterfall approach was the first SDLC Model used in software development to ensure the successful and efficient outcome of the project. In the waterfall model, the outcome of one phase acts as the input for the next phase sequentially. 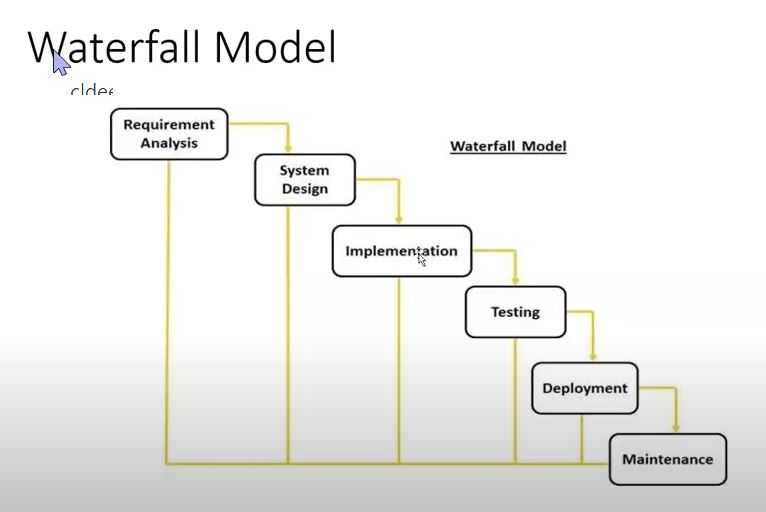 The spiral model is an iterative model, which overcomes the drawbacks of the waterfall model. In this model, the software is released in multiple versions. So it is also called the version control model.
NOTE: we follow the spiral model whenever there is a dependency on the modules, wherein every cycle, the new software is released to the customer. 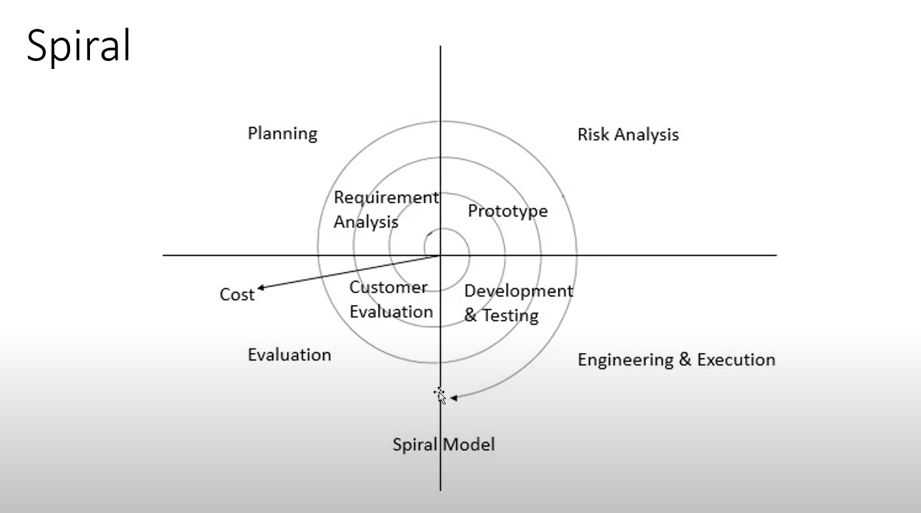 What is a module in SDLC?

A module is a part of the software, the entire software is divided into multiple parts. Each part is called a module.
Example: Gmail is an application where user login to Gmail is one module, inbox, compose, sent are considered as modules

V-model is also one of the software development process models, where one part comes under verification and another part is validation. Testing is carried out in every phase with the document verification and validation involves the actual testing of the test cases. 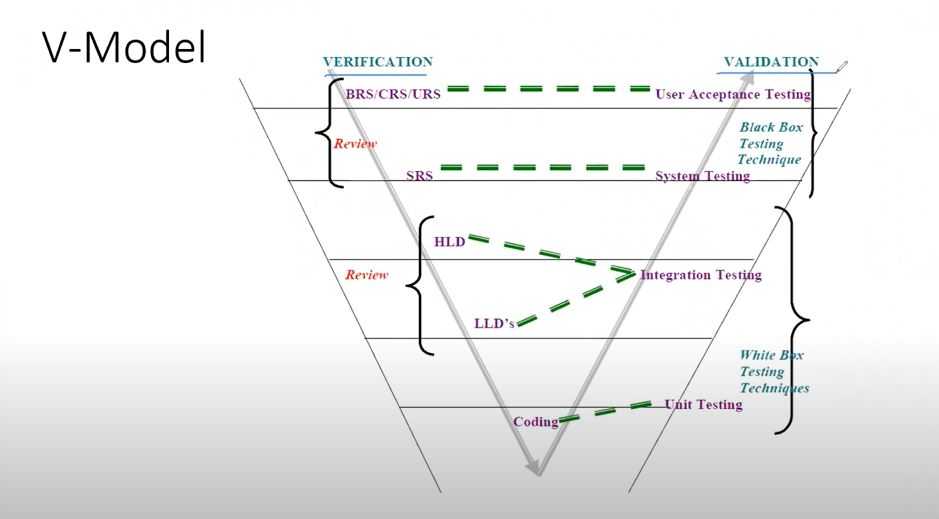 What is Verification and Validation?

Phase 4:
coding will be started by using this HLD and LLD.

Explanation about the validation:
Phase 1:
Once the coding is completed then unit testing will be conducted.

Unit Testing:
Testing the single module (or)single component in the software is known as unit testing.It is conducted by the Developers.

Phase 2:
Integration Testing:
Once the unit testing is completed then all the modules are tested again which is called integration testing.It is conducted by the Developers.

Note: UNIT TESTING and INTEGRATION TESTING comes under “White box Testing Techniques”, These testings will not be conducted by the testers, So developers themselves do this white box testing.

The advantage in V-Model:

The disadvantage in V-Model:

How to do system design for a Movie Ticket Booking System like bookmyshow.com,fandango.comWhat are the differences between a HashMap and a Hashtable in JavaHow to print Thread numbers in MultiThreading JavaDifference between Factory and Abstract Factory Design Pattern in JavaIn Java, what is the best way to determine the size of an object